After much nagging, I have finally filmed my very own craft room tour.  I have no idea how many of these I have watched on You Tube and I never thought I'd actually do one of my own, but I have.  I apologise for the quality, in places it would appear that I have forgotten how to talk and in many places forgotten what the product is called that I'm trying to talk about, Doh!  Also half way through the battery on my camera died and I had to switch to my iPhone and the volume goes way down, so you'll have to turn it up half way through, sorry.  Also, do I really sound like that?!

I really should have taken a "before" video, but I didn't, I have a few photos of one corner of my room, the corner where my old glass desk used to be (the desk was bagged by Joshua as soon as he heard there was no room for it in my new space!), you can see just how cluttered the desk top is and there is also loads of "stuff stored under my desk.  The room also had 3 full sized book cases overflowing with craft stuff.  My craft room had just grown over the space of about 10 years without any real organisation so the was a very welcome project. 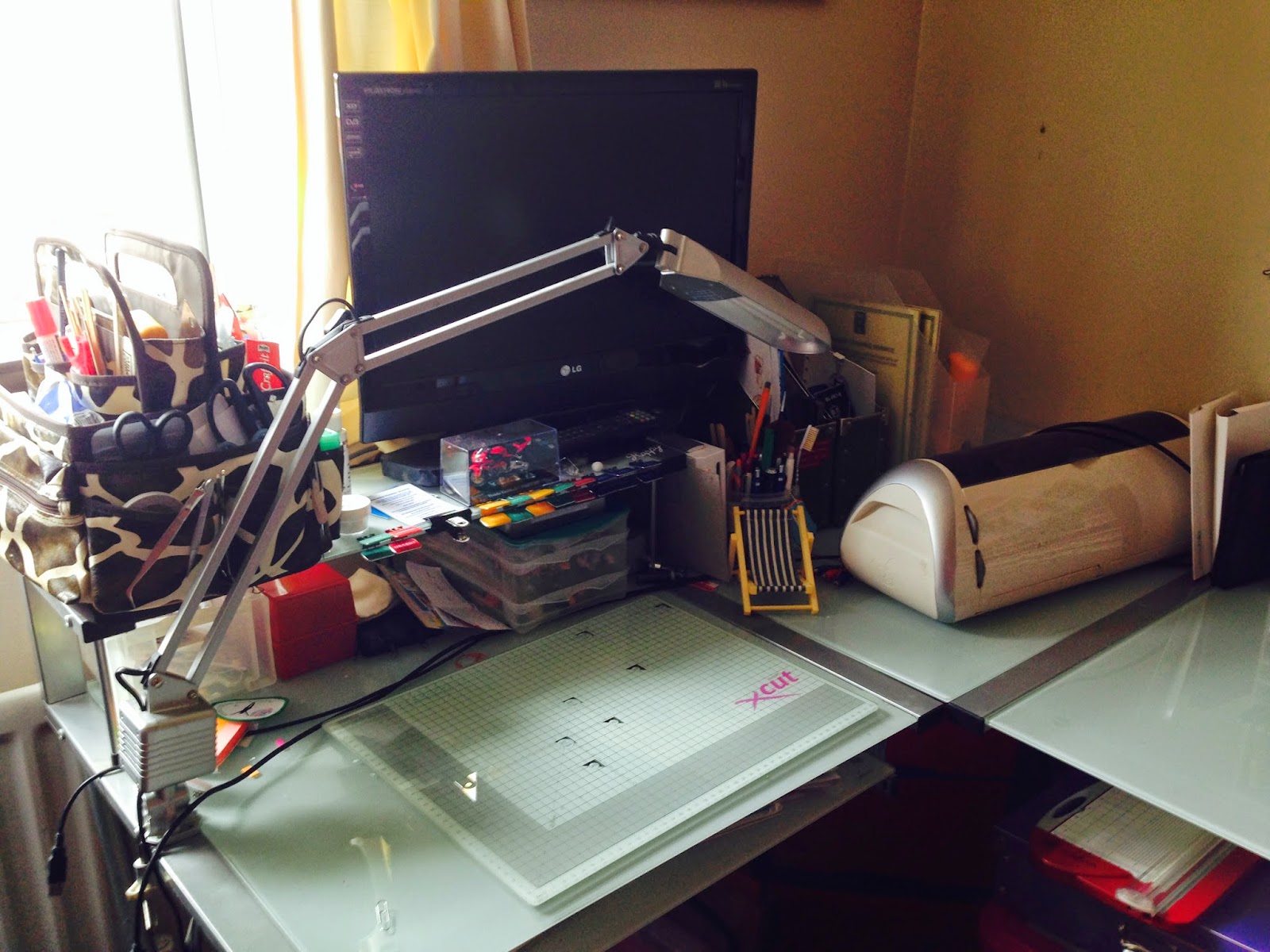 This photo was obviously taken on a "tidy" day, I loved this corner desk, there was room for everything. 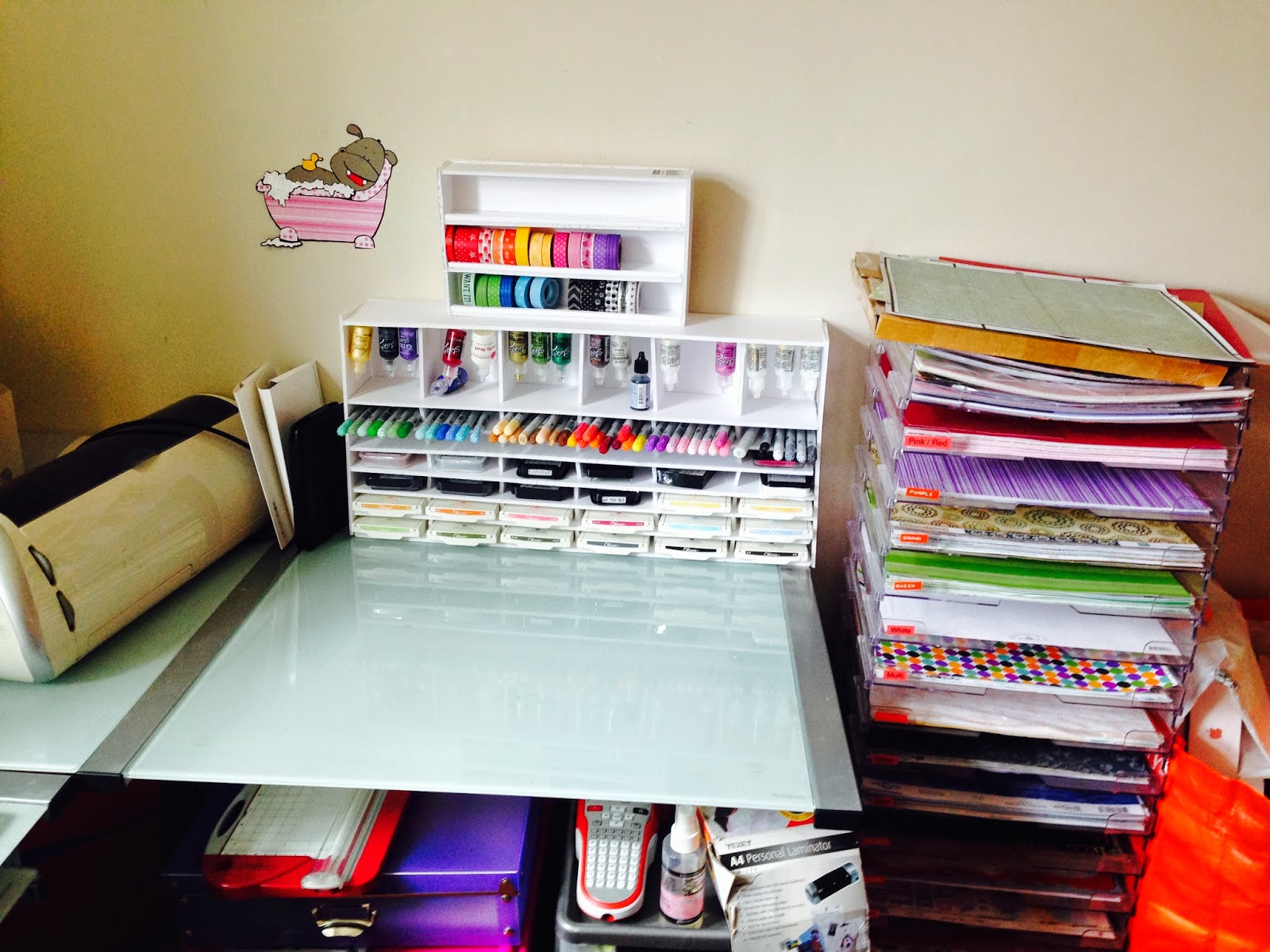 On this part of my old desk were the two units I made out of foam board. 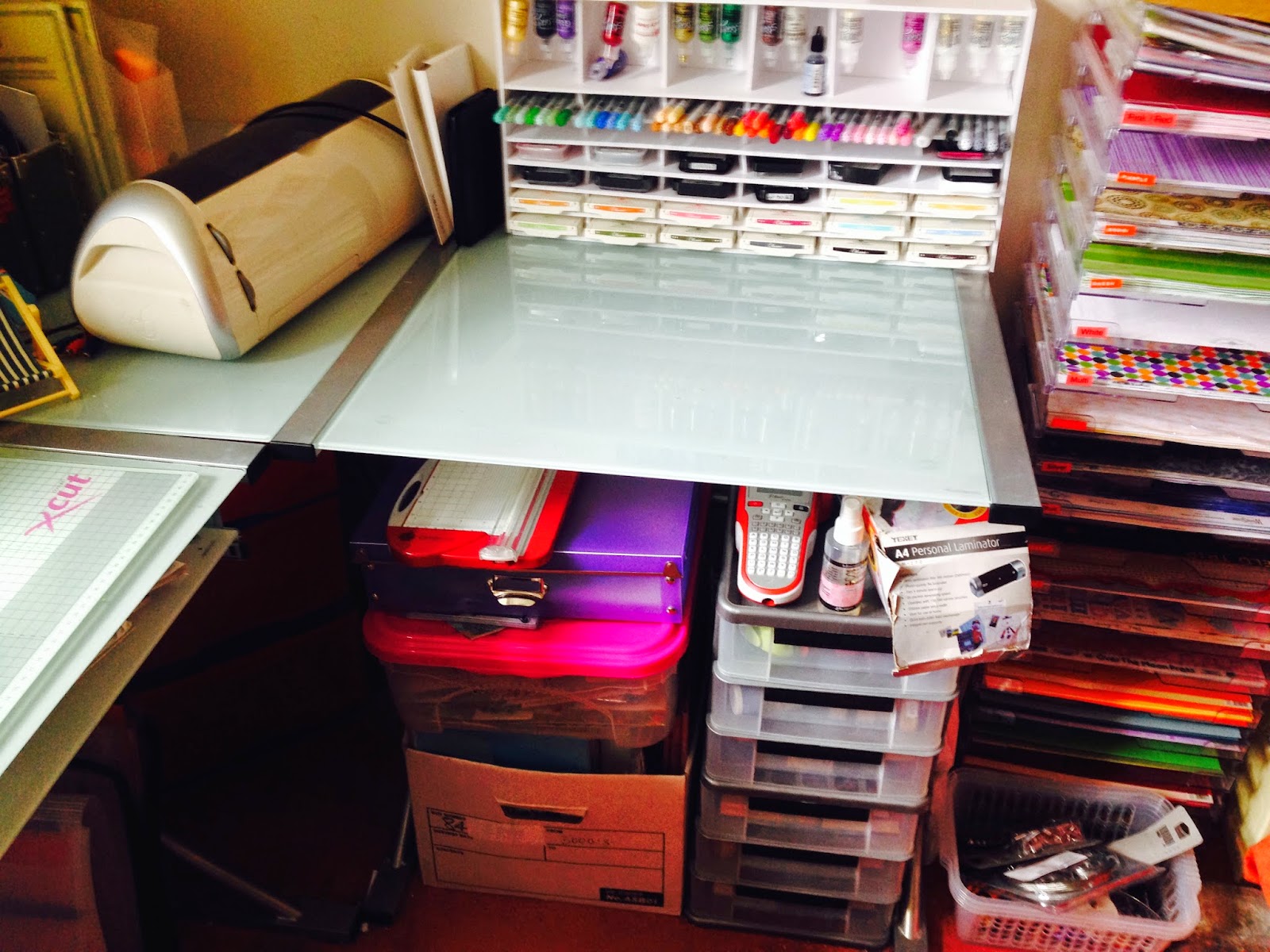 More "stuff" below my desk which had to go.

For those that don't know, the whole craft room remodel came about because of my two lovely bunnies!  I had a single bun and he lived free range in the kitchen, the door was always open but he never ventured towards the magic portal where hoomans appeared and disappeared.  Anyway after having him about a year, I felt he needed his own species for company, so I adopted him a wife.  Roughly at the same time we had a new kitchen installed, however, my newly adopted bun took a bite out of one of my brand new cupboards, let's just say hubby started chopping vegetables for the rabbit pie!  I then set up an x-pen in the kitchen to keep them away from the cupboards.  This lasted for several months until we couldn't take any more, we had a beautiful new large kitchen but we could only walk round a 1ft perimeter as the buns had the rest of the space, they had to be relocated.  Apart from the garden, and I really really didn't want to put them outside as I had campaigned for so long for a HOUSE rabbit, putting them in the garden was not an option as far as I was concerned.  Hubby was the one who suggested they moved into my craft room.  Needless to say I was over the moon and immediately started saving for everything I would need to rabbit proof a room and buy the furniture I wanted.  The project began....

The room is not that big, it's about 10' 6" x 9' 6", but with a 3 seater sofa bed there didn't leave much room.  I really wanted the Expedit storage units to put as much storage on a wall leaving as much floor space as possible for the rabbits that were about to move into my room.  Unfortunately when I went to Ikea to purchase the Expedit units, the range was being discontinued and I couldn't get the 4 x 2 unit anywhere in the country so had to resort to Ebay.  Fortunately I found one with the attached desk not that far from here, but the downside was that it was in black.  No problem, I thought, so went and bought the paint to turn it white, big mistake! The painted desk was a complete disaster and looked really ugly so I stopped, the top side of the desk is painted and the underside isn't.  I decided that when the new replacement range came out then I'd just replace it, so the black units' days are numbered, but it works for now. 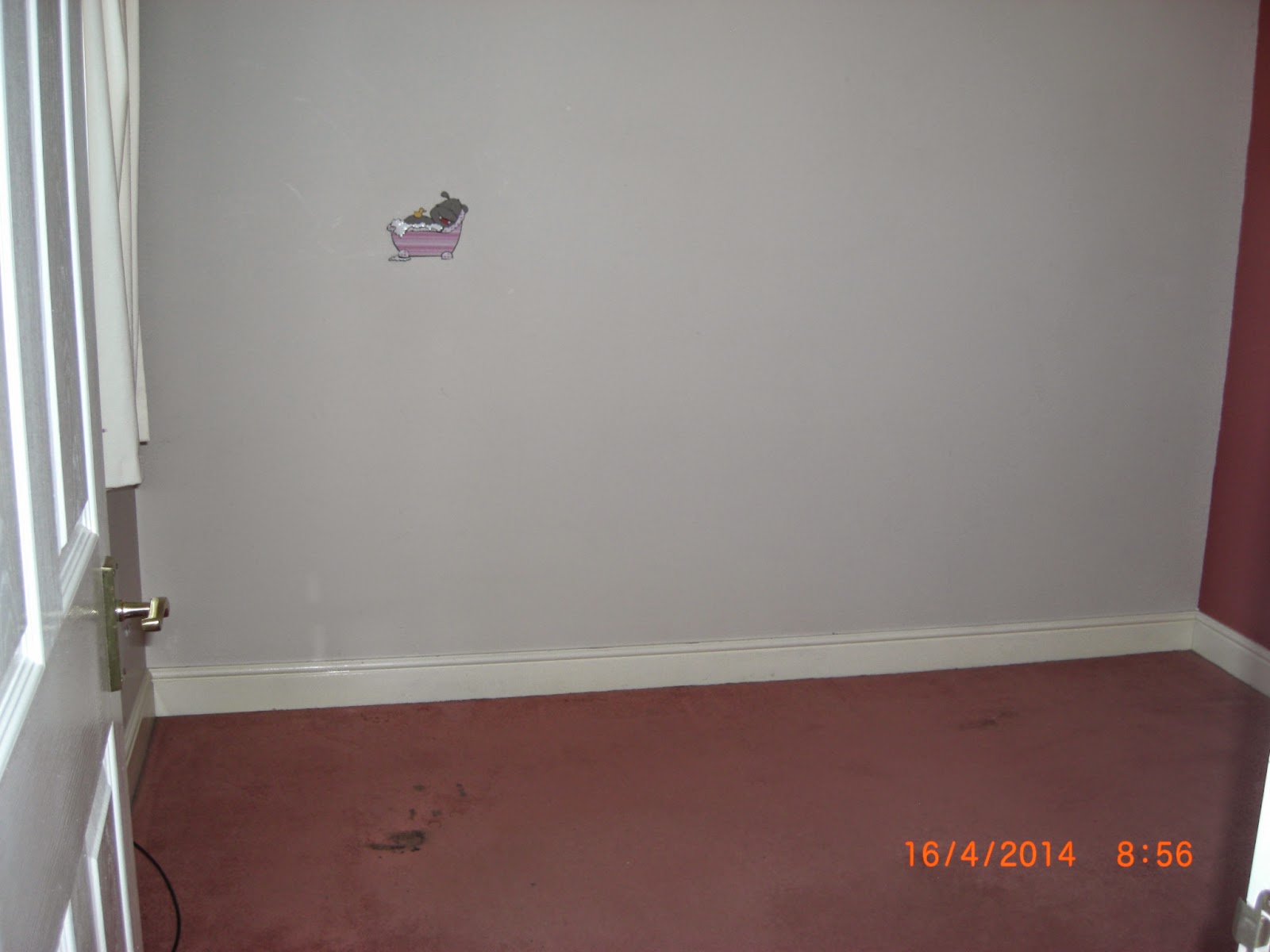 This is looking into the room from the door, you can see the dark stain on the carpet where i dropped a pot of glue under my desk - oops. 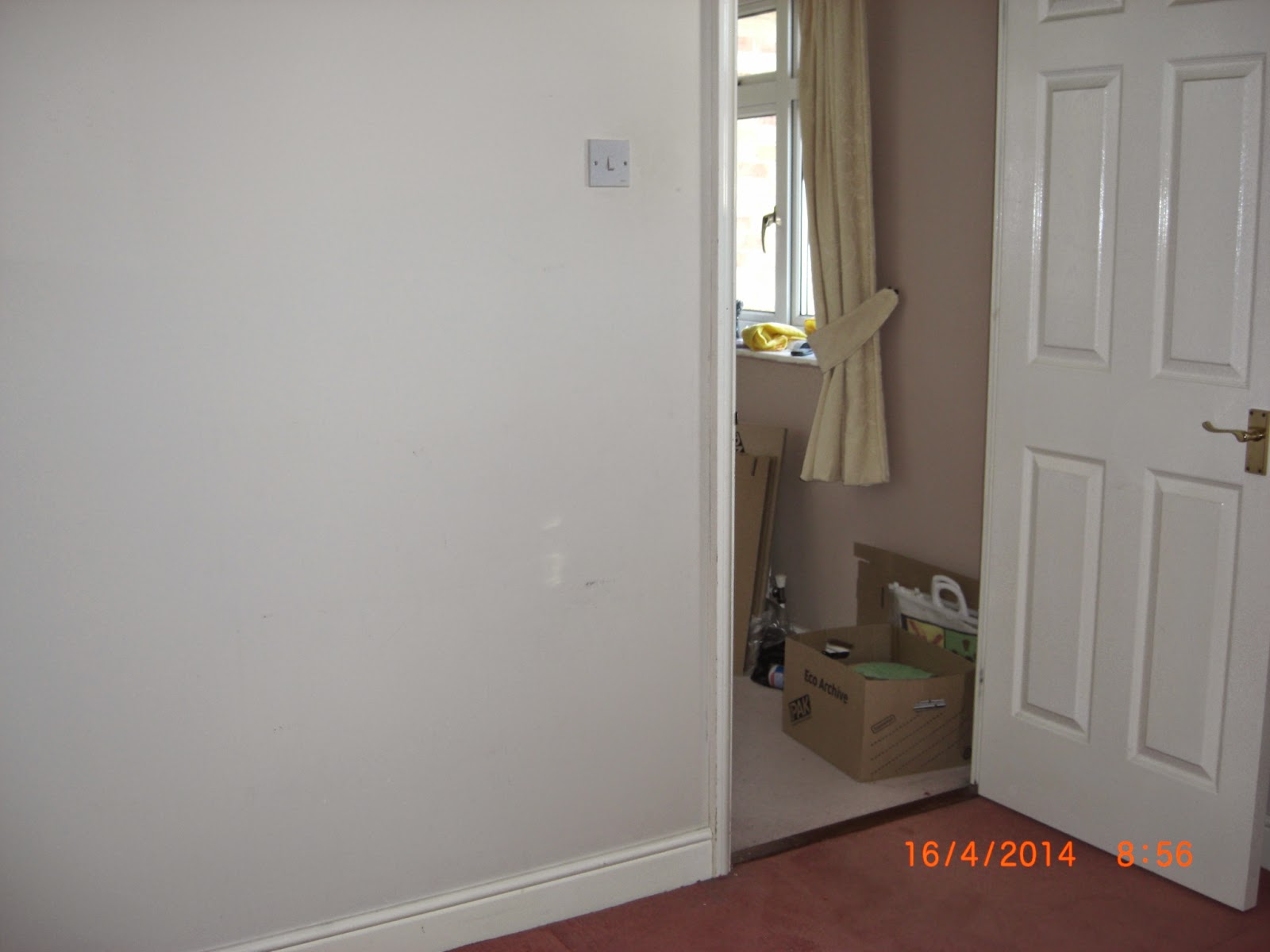 Looking out of the room 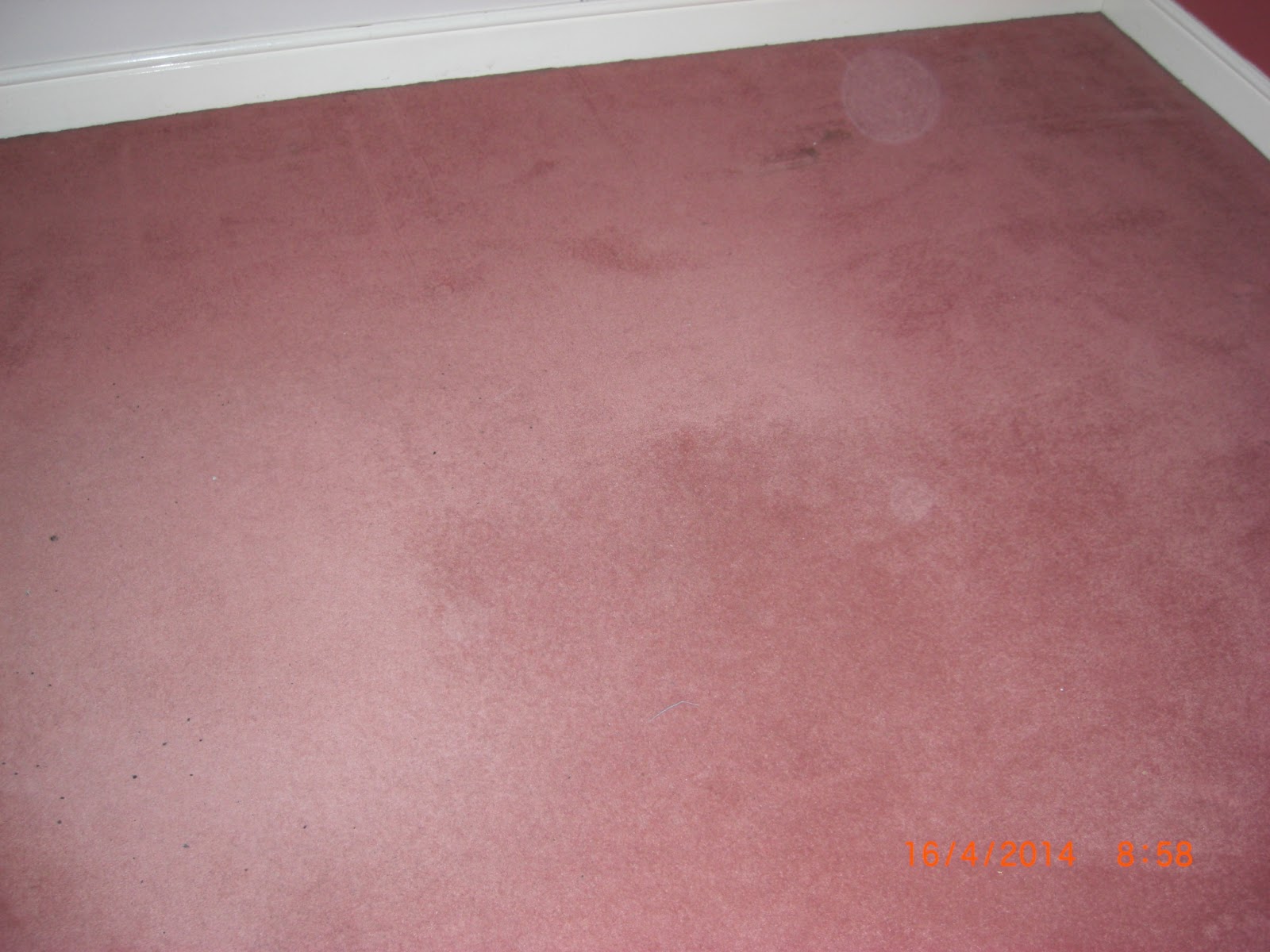 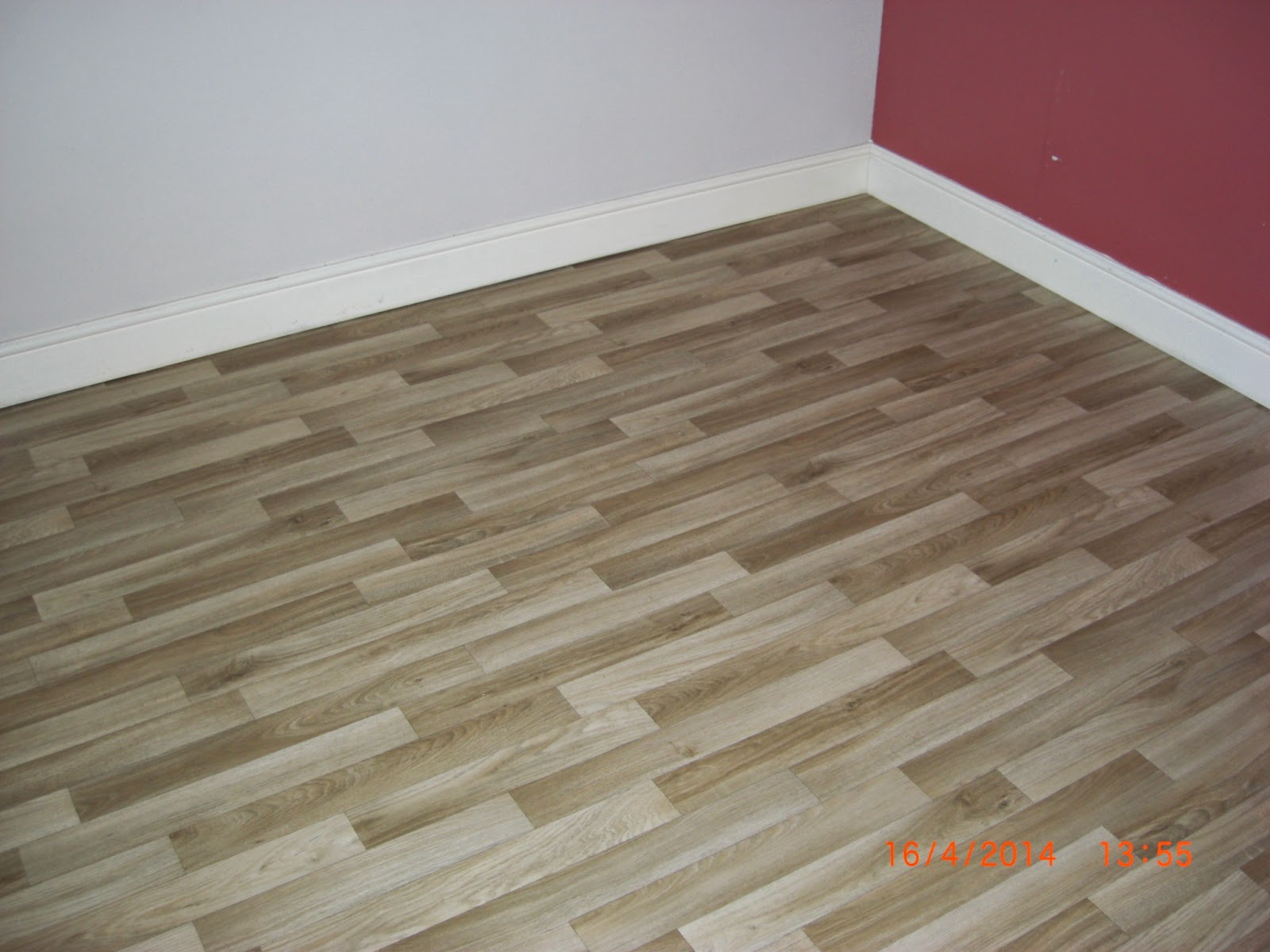 The new flooring, the carpet had to go otherwise Sweet Pea The Destroyer would soon eat bald patches into it! 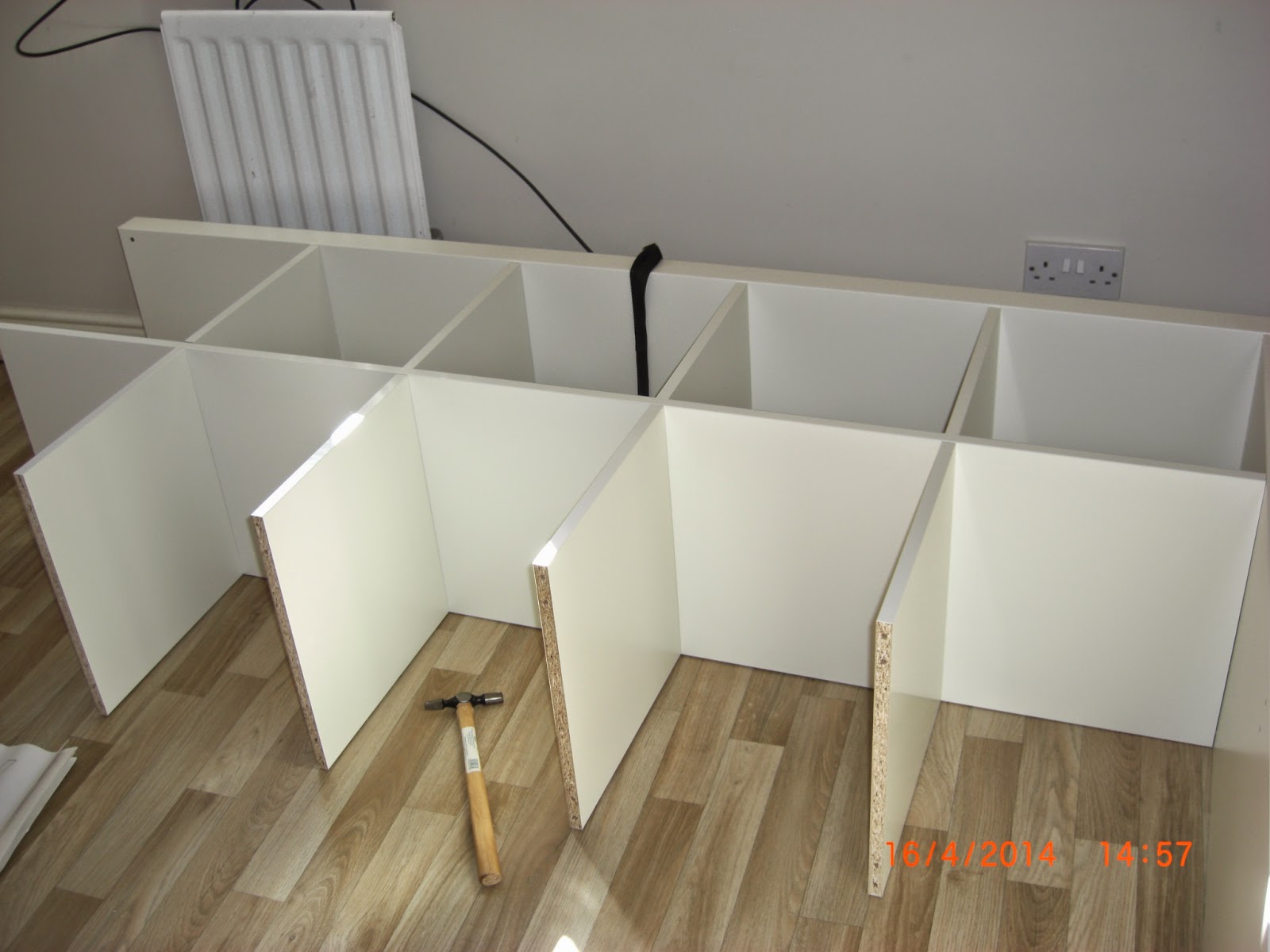 In the middle of building the huge Expedit unit 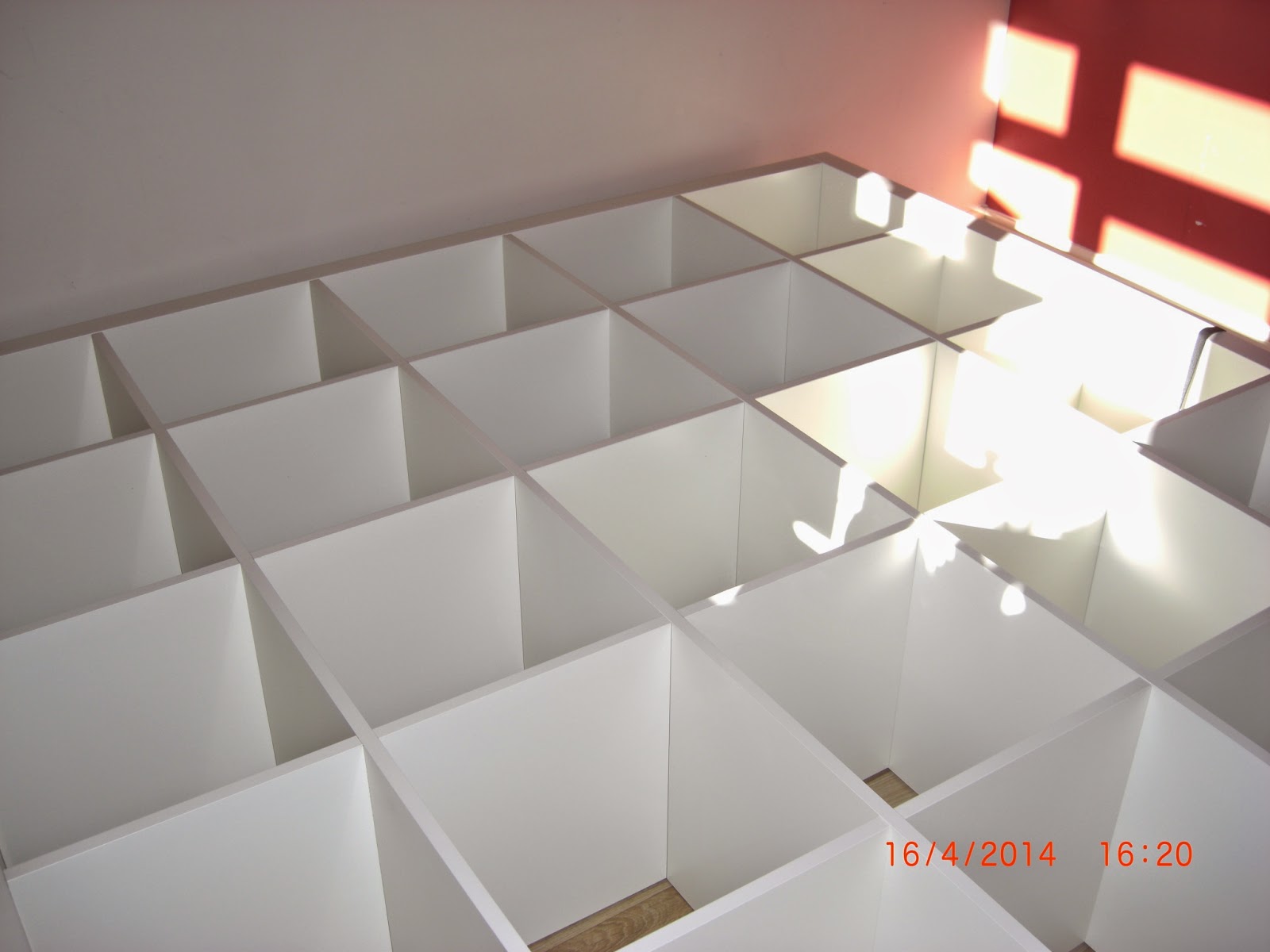 It took up pretty much all the floor whilst building it and yes I did build it on my own. 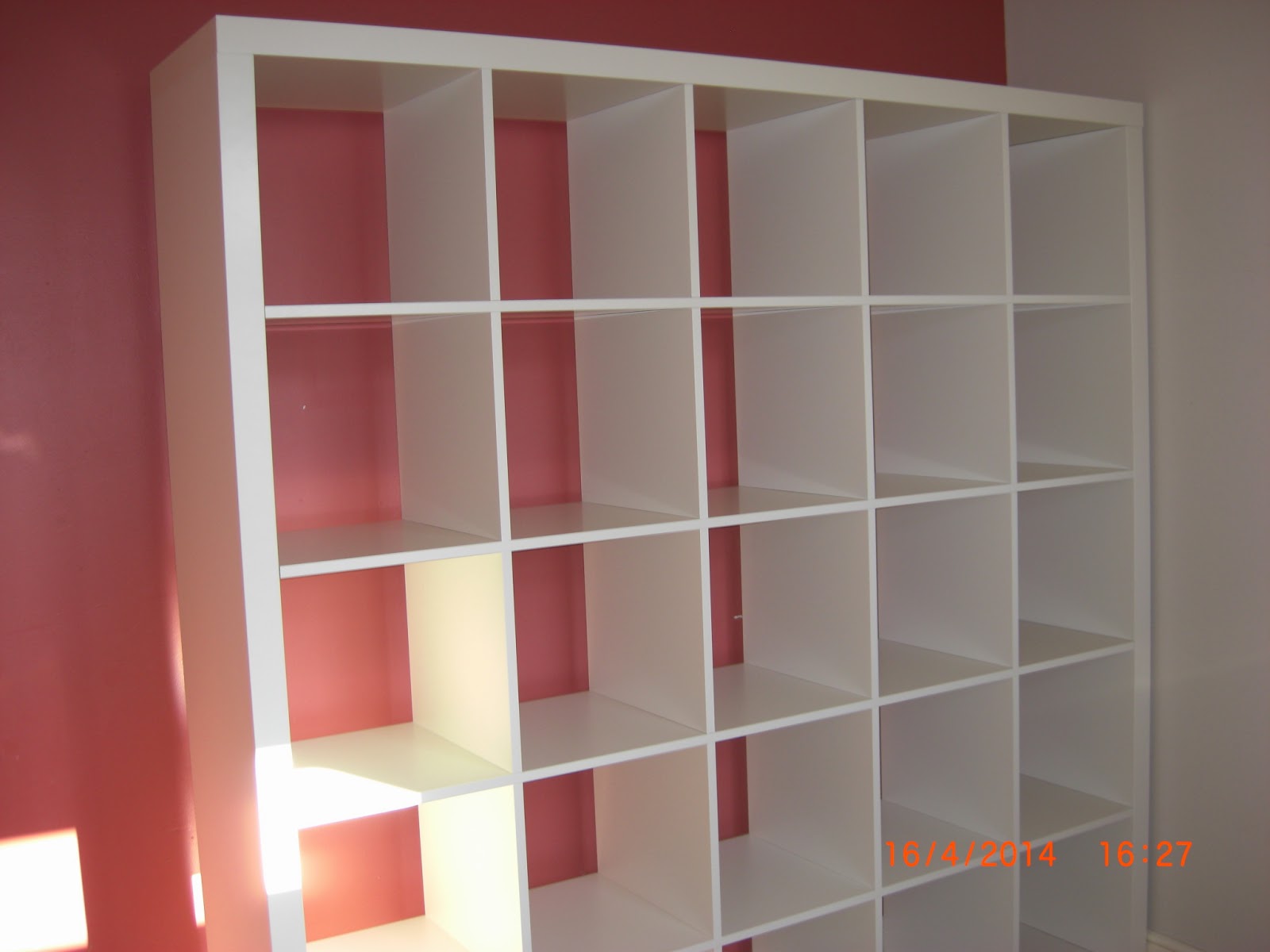 Finally built, upright and in position

So here is my craft room tour, I tried to keep it as short as possible, but I think I failed at that!  If you have any questions or comments, please feel free to leave them below.  Also, now that I've shown you mine, time to show me yours!

This is my favourite view anywhere in my house, the view from my sofa, especially when I have a couple of bunnies sitting next to me that you meet in the video! Thanks for watching x

Jane
Burgess Hill, United Kingdom
I am a full time working mother with an adorable 12 year old son and a husband who knows how to fein interest when I get excited about something I've made! I started card making several years ago and absolutely love it and am mad about my Cricut, I am also the world's slowest scrabpooker, but that doesn't stop me still having a go. I have never blogged before and have no idea how I'm going to fare on this venture, so i'll give it a go, just bare with me - thank you x